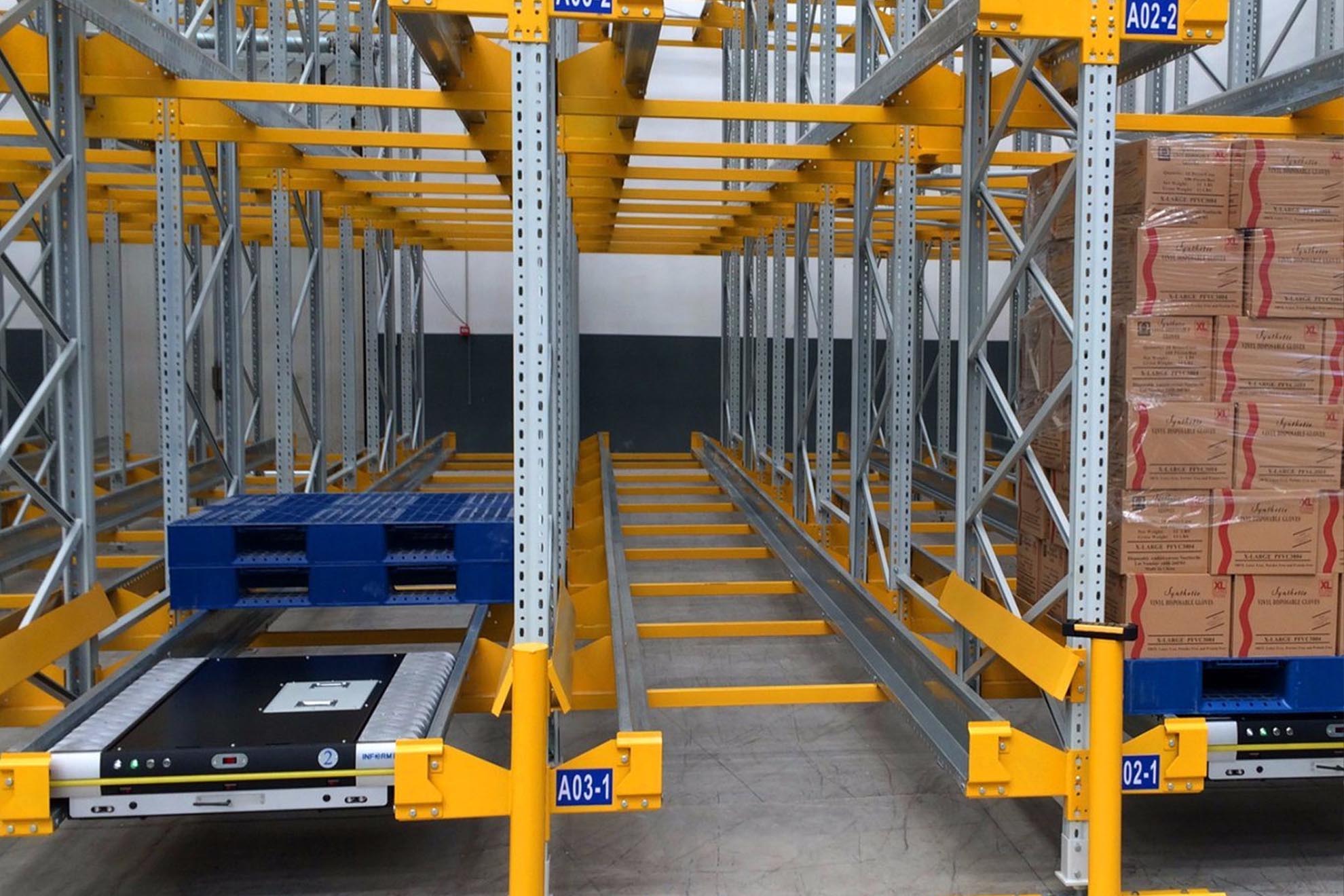 HTI's custom-engineered semi-automated cart-based racking systems are high-density storage systems that use carts controlled by a handheld radio transmitter to transport pallets into the system and retrieve pallets for shipment. This multifunction design enables deeper lane configurations than other high-density storage systems and retrieving pallets from any lane and multiple SKU locations without driving into the system.

In case-pick environments, semi-automated carts can be combined with other storage systems such as pallet flow racking. High-density storage occurs in the upper levels, whereas case picking is carried out in the lanes and then run through the system.

Semi-automated cart-based racking systems are ideal for warehouse operations looking to upgrade their manufacturing processes but still rely on human operators or have assembly processes too complex to be carried out by a fully automated system.

Contact us to request an estimate on your custom-engineered semiautomated cart-based racking system.