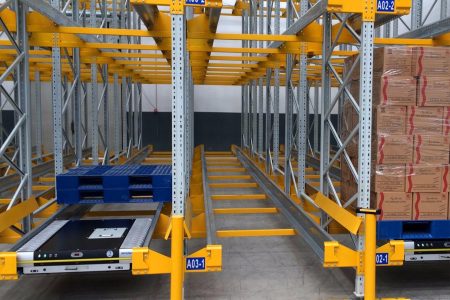 HTI’s custom-engineered semi-automated cart-based racking systems are high-density storage systems that use carts controlled by a handheld radio transmitter to transport pallets into the system and retrieve pallets for shipment. This multifunction design enables deeper lane configurations than other high-density storage systems and retrieving pallets from any lane and multiple SKU locations without driving into […] 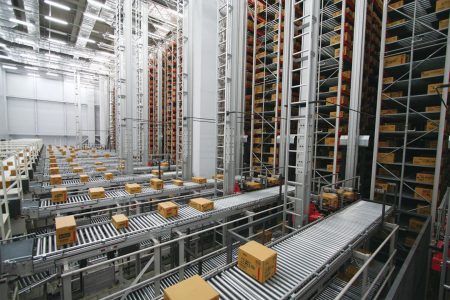 HTI’s custom-engineered, fully automated cart-based racking systems provide picking capabilities and throughput requirements superior to other automated systems.  These high-density, deep-lane systems work best with multiple pallets of the same SKU. They are usually fully automated but can be partially automated so that they can be used as buffer or backup storage systems, according to […] 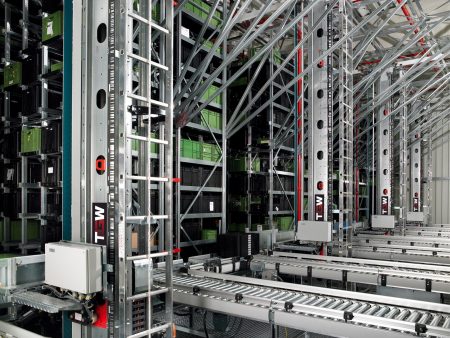 HTI’S custom-engineered automated storage and retrieval systems (AS/RS) are equipment- and computer-controlled systems that can quickly, precisely, and accurately store, retrieve, and transport materials and products from defined storage locations. They can transport both unit loads (palletized products) and smaller loads of cartons, totes, and cases. AS/RS racking systems can be engineered according to the […] 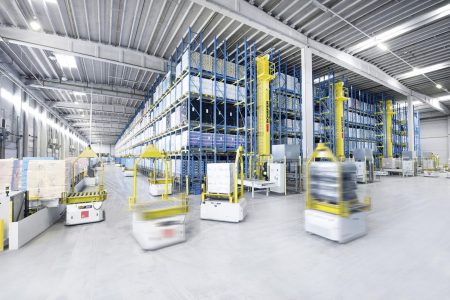 HTI’s custom-engineered automated guided vehicles (AGVs) are automated, computer-controlled wheeled vehicles that transport products or materials throughout or around the warehouse facility. These mobile robots are programmed to operate within the navigational paths or areas defined by laser triangulation, optical or inertial wire, or magnetic tape or grids. An AGV system has five major components: […]